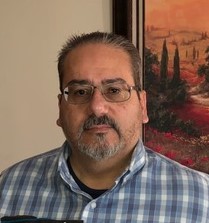 William Rodriguez, 58, of Massillon, passed away from complications due to COVID on November 13, 2021. He was born in Cleveland, Ohio, on January 24, 1963, to Feliciana “Amalia” Santiago and Juan David Rodriguez. He spent his childhood in Santa Isabel, Puerto Rico, with his brother and beloved grandparents, Papito and Mamita. He was a Seventh-Day Adventist pastor with four current congregations: Wooster, Canton, Carrollton, and Massillon. His previous congregations include the Spanish churches in Youngstown, Waseon, Lorain, Willard, and Finley. Prior to serving as a full-time minister, he served as an elder, deacon, Pathfinder leader, and regular preacher at the First Cleveland Spanish SDA church, while also working as a LAN Administrator in downtown Cleveland.

William studied Theology and Business Administration at Washington Adventist University (formerly CUC), and had a passion for science. When he lived in Maryland, he loved taking his children to the Smithsonian museums, the National Zoo, and on Sabbath afternoon nature walks in Greenbelt Park. He was an avid fan of Cleveland sports, and was devastated when the Browns moved to Baltimore.

In recent years, William become a woodworking hobbyist and amateur gardener, making many furnishings for his house and growing most of his own vegetables. William had a love of technology and books, and amassed a sizable personal library and a collection of computers and gadgets. During the pandemic, he began an Adventist radio station that included a mobile app and a YouTube channel with an archive of his sermons.

He was preceded in death by his grandfather, Gregorio “Don Goyo” Santiago, and his grandmother, Juanita Santiago.

He is survived by his cherished wife of 39 years, Lucy; sons ,William Emmanuel and Kevin; daughter, Natasha (Matthew); granddaughters, Isabella and Cecilia; brother, David; and his mother, Amalia. He will be greatly missed by his family and congregations.

Memorial service to be held at Wooster Seventh-Day Adventist Church 445 N Bever St., Wooster, Ohio on December 3. Calling hours start at 1:00pm, and the memorial program will begin promptly at 4:00 pm. Special offering during the service will be donated to the Wooster SDA church soup kitchen, which William and Lucy ministered together. In lieu of flowers, donations in his name can be made to the Adventist Disaster Relief Fund (ADRA), especially their COVID-19 Recovery Efforts.