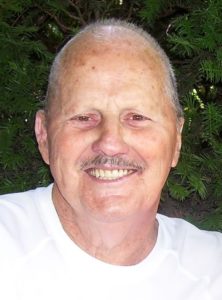 William H. McConaha, age 80, of Canton, Ohio, lost his battle with Parkinson’s/Alzheimer’s early Sunday morning, March 22, 2020 in Canton, Ohio. He was born October 13, 1939 to the late Henry and Willie Mae (Campbell) McConaha. He retired from Akro Corp. He loved music, Karaoke, going to airshows and spending time with his family. He is survived by his loving wife of 53 years Joyce McConaha; two sons, Doug (Janet) McConaha and Brian (Crystal) McConaha; 3 grandchildren; 12 step great-grandchildren; and numerous nieces and nephews. Besides his parents he is preceded in death by his son, Richard Lee McConaha; brothers, Raymond, Robert, John; and sister, Sadie.

He will be cremated, and a memorial will be held at a later date to be announced. He will be missed greatly by all.  Condolences and special memories can be shared with the family online at https://www.heritagecremationsociety.com/