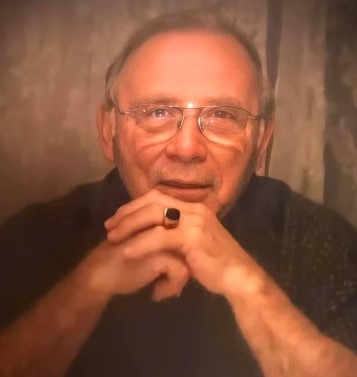 He is survived by his daughter, Deborah L. Clark; grandchildren: Devin M. Vaccaro (Brea) and Denae L. Vaccaro; great grandchildren: Falynn Vaccaro and Nolan Vaccaro; his sister Irene (Ed) Hotko along with a family of close friends who will feel his loss terribly.

Preceded in death by his parents and brothers Raymond K. Clark and Terry J. Clark.

Bill proudly served as an AE-2 (Aviation Electrician) in Patrol Squadron 42 of the U.S. Navy from 1953-1957 after graduating from Chardon High School. He was a lifetime member of The Fraternal Order of Eagles (F.O.E). Bill is remembered as an avid outdoorsman who loved spending time in the woods and on the water. He was considered a true woodsman that enjoyed camping, hunting, shooting, bowhunting, archery tournaments, and photographing the landscape where he felt most at home. He was decorated in awards for each of these passions including several “exceptionally meritorious catch awards”, archery awards, newspaper articles, etc. There was not a body of water that he didn’t drop a line in and enjoyed outings on his boat the Billfish. His most recent interest was setting up trail cameras to continue his wildlife watching enjoyment. Throughout his lifetime other interests included a respect for classic cars, a fond appreciation for golfing, and motorcycling. Many loved and admired Bill and would describe him as unique in his ways and a man that truly lived life on his own terms.

Final resting place will be with his family in Fort Myers, Florida.