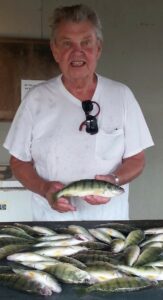 Victor R. Schultz, 79, of Berea, Ohio passed away at home surrounded by loved ones after a 5-year courageous battle with Lewy Body Dementia on Tuesday, August 24, 2021.  He was born on April 28,1942 in Cleveland, Ohio to the late Arthur Schultz and Helen (Kotowska) Schultz.  He grew up in Lyndhurst, Ohio and graduated from Brush High School in 1960.  It was there that he met his high school sweetheart, Barbara, and they were married in December, 1964. Vic graduated from John Carroll University in August 1967 with a B.A. in Marketing.  After graduation from college, he worked for the Cuyahoga County Department of Health and Human Services as a Personnel Administrator for the Senior and Adult Services Division until his retirement in 1999.

Vic and Barb lived in Brook Park for 31 years where they raised their two daughters. They were avid gardeners and loved to can their produce.  He and Barb moved into their “dream home” that they had custom built in Cape Coral, Florida in 2000.  They lived there until 2020, when they moved back to Ohio to be closer to their children and grandchildren.

Vic loved to fish, and he and Barb had a boat and summer place on Catawba Island that they enjoyed for almost 40 years.  He loved to host fish fries for family and friends and was very proud of several prize walleyes he had caught over the years. Vic was a wonderful husband, father and grandfather and loved spending time with his family.

The family would like to thank Cleveland Clinic Hospice for their care and support for the past two months.  In lieu of flowers, contributions can be made in Vic’s memory to the Lewy Body Dementia Association www.lbda.org.