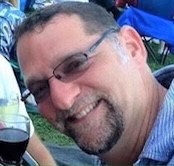 Shawn Hershberger, 54, of Canton, Ohio passed away February 6, 2021. He was born in Millersburg, Ohio on June 21, 1966. He graduated from Garaway High School in 1984. Shawn had many hobbies including photography, gardening, and cooking. He also enjoyed traveling to the ocean and going on camping adventures in the RV with David. His biggest enjoyment though was spending time with his many friends and family, especially his grandkids.

He was well known in the community for owning and operating Cafe 1320 in North Canton, Ohio from 2001 to 2012. He enjoyed creating many memories with his customers and employees who were like family to him. He also enjoyed several years he was employed taking pictures for Lifetouch Photography.

No immediate services will be held. A celebration of life event will be held at a future date.