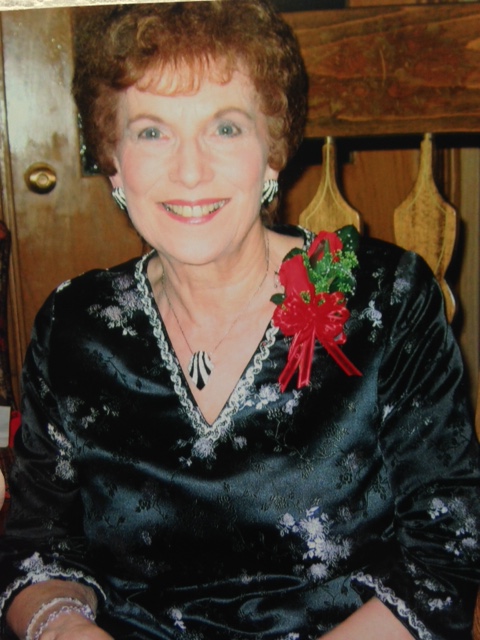 Ruth Evelyn Winsch age 85 of New Philadelphia passed away peacefully and went to be with the Lord at New Dawn Health Care Center and also under the care of Hospice on Thursday September 22, 2016 with loved ones by her side.  Born on March 21, 1931, she was the daughter of the late John W. and Grace (Heeter) Kyte.

On November 26, 1950, she married the love of her life, Robert L. Winsch.  They celebrated their 65th wedding anniversary last November with a surprise party given by their children.

Ruth graduated from Tuscarawas Warwick High School. She was a wonderful woman and a great wife, mother and grandmother who will be sadly missed by all.  Along with her husband, she is survived by two children: Cindy (Dan) Llewellyn and Robert II (Pam) Winsch, ten grandchildren: Parry, Parnel, Patrick, Patrice, Shannon, Danielle, Travis, Nichole, Kyle and Marcy, 20 great grandchildren, soon to be 24 and two special nieces and a nephew.  In addition to her parents, she is preceded in death by her daughter Pam Scalambrino and a sister Betty Carpenter.

Her family was very important to her and she loved spending time with them.  She enjoyed cooking and baking; especially baking cookies with her daughters and grandchildren, craft projects, counted cross-stitch and sewing. She made a counted cross-stich picture, and sewed or crocheted a blanket for almost all of her 20 great grandchildren. She only missed the last few, unable to do so due to declining health.  She was avid bowler in earlier years. She and her husband were on a league that won a championship and received many awards over the years.

She was a member of Sharon Moravian Church where in past years she served on the decorating committee, was Bible School director and as a Sunday School teacher.

In honoring Ruth’s wishes, she will be cremated and there will be no calling hours.  A private graveside service will be held at a later date at Sharon Moravian Church.

Memorial contributions may be made to Community Hospice House of Tuscarawas County, 716 Commercial Avenue, S.W., New Philadelphia, OH  44663. Condolences and special memories can be shared with the family at www.heritagecremationsociety.com.