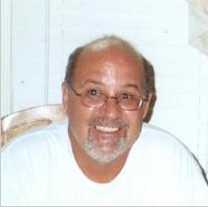 Rodney “Rod” S. Seccombe, age 59 of Jackson Township, passed on Sunday, May 10, 2015. Born and raised in North Canton, Ohio he was a 1974 graduate of Hoover High School and upon graduation he moved to San Diego, CA. Rodney loved spending time with his family and friends at the beach and riding his dune buggy in the desert. He was an avid Charger’s fan with season tickets during their heyday. He later moved to Jackson Township in 2011 to help his aging parents.

Rodney is survived by his loving mother, Mary (Gonzales) Seccombe.

His father, Jack Seccombe and his older brother, Jack D. Seccombe, precede him in death.

In keeping with the family’s wishes, cremation has taken place and his ashes will be scattered at sea off the coast of San Diego, just as his father and brother were. Condolences and special memories may be shared online at www.heritagecremation.com.