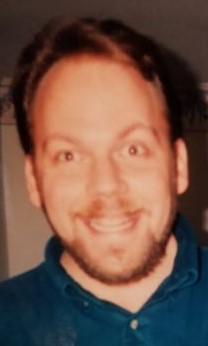 Born March 12, 1970 in Milwaukee, Wisconsin he was a resident of Lakewood, Ohio and Cleveland, Ohio most of his life.

A graduate of Lakewood High School, he worked as a Tool & Die Maker for many years. Robert had a passion for building and repairing computers, enjoyed drawing, painting, pc/video gaming and cooking, especially Mexican food. An avid fisherman, he could often be found fishing at Edgewater Park.

Preceded in death by his father William S. Mueller, who Robert was very close to.

A private celebration of life will be held.

“In this world you will have tribulation.  But take Heart! For I have overcome the world.” -John 16:33