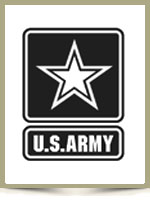 Robert L Frenz passed away October 11th at the age of 84 following a sudden illness.

Born in Canton Ohio to the late Frank and Marjorie Frenz. A graduate of Timken High School, he served as U.S. Army Reservist and was a retired Firefighter with the Canton City Fire Department. Member of the corvette club , VFW and Eagles.

Per his wishes no services will take place but donations can be made in his name to Pegasus Farm or Akron Children’s Hospital. Two charities close to his heart. A memorial service will be held at a later date.