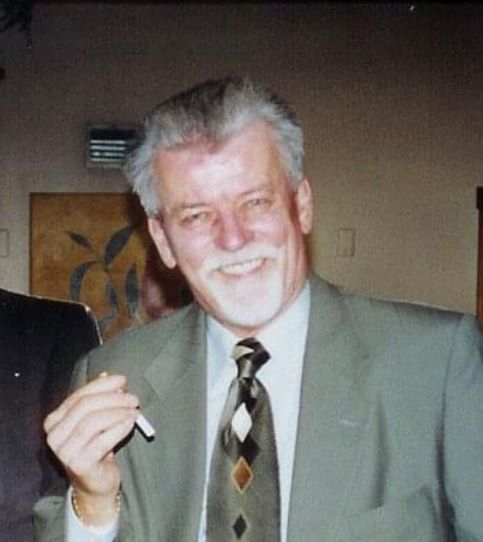 Robert went to Cathedral Latin High School (1955) and attended John Carroll University until 1961 when he enlisted in the United States Navy.  He served as Air Traffic Controller on the Midway Islands and at Naval Air Station Glenco, GA, attaining the rank of AC2 prior to leaving service in 1964.

Bob worked at Dun & Bradstreet from 1964 – 1971 and joined the Credit Department of Cleveland Trust Company (later AmeriTrust Company) where he remained until 1981, attaining a vice presidency.  For a short time, he was employed by the Control Data Small Business Centers.  In 1984, he joined Midwest Bank & Trust which later merged into Provident and remained with the Provident organization until retiring in 1996.  In 1997, at the urging of a former employee, he joined Enterprise Bank on a part-time basis and remained until its merger into Second National Bank of Warren in 1998.  At that time, he joined a group forming Western Reserve Bank in Medina, Ohio.  After the bank opened in November 1998, he appeared as Vice President, Credit and Lending until his retirement in 2002.

He loved the sound of a wooden baseball bat cracking against a baseball which were fond memories from his childhood playing baseball from dawn to dark.  Bob was an avid trivia buff.  One of his favorite trivia questions was “Who holds the Cleveland Browns per carry record?  A:  “Marion Motley holds the record with 5.7 yards per carry. (NFL record is held by Jim Brown with 5.2 yards per carry.)” He was an enthusiastic golfer and enjoyed playing cards.

A Celebration of Life will be held Saturday, December 18th from 1-4 PM at the Irish American Club 22770 Lakeshore Blvd, Euclid, OH 44123.  Parking and entrance are in the back.