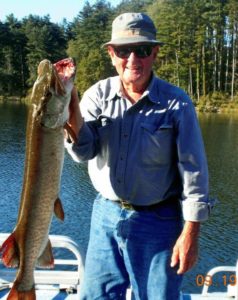 Robert E. Morrison, 89, passed away on January 26, 2019. Bob enlisted in the Army at the age of 16 and was a World War II veteran that served in Italy and retired from Canton Drop Forge after 47 years of service.

He is survived by his long-time friend and companion, Dolores Kreisher; nephew, Kevin (Elsa) Morrison.

He is preceded in death by his wife, Candy, and many others.

Bob was an avid fisherman spending much time with his pal, Bill, on Leesville Lake. He also liked to hang out with the gang at Canton South McDonald’s and his special friend, Kimber. Bob will be missed very much. God Bless.

Condolences can be shared with the family online at https://www.heritagecremationsociety.com/.