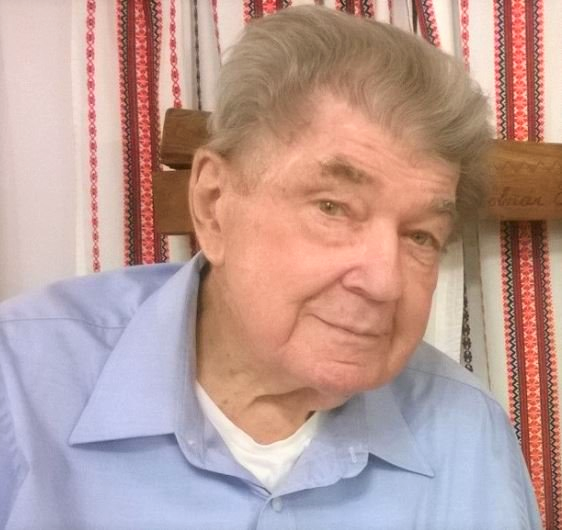 Robert “Bob” Peck passed away March 27, 2021.  Born in Cleveland, Ohio, he grew up on the near west side. Bob attended Benedictine High School, graduating in 1946.  After graduation, he had difficulty finding a college, as there were so many men returning from World War II, competing for the same spots.  Through the assistance of his teachers at Benedictine, he was able to secure placement at Saint Anselm College, in Manchester, NH, also a Benedictine school. He attended Saint Anselm for one year, graduating from John Carroll University. His love for Benedictine lasted a lifetime and his influence was passed onto his son and grandsons.  Gregory graduated from Benedictine in 1970, and grandsons Robert and Erol graduated in 1989 and 1994 respectively.  Grandson, Kenan, also attended there.

Bob met his future wife, Dolores, in 1947.  He was due to attend a hayride with Dolores’ sister, Rita, but when Rita got back together with her boyfriend, she suggested Bob go with Dolores.  The rest is history!  Bob and Dolores married shortly before he entered the army.  He was drafted in 1950, and was based at Camp McCoy, in Sparta, WI.  They were married at St. Procup Church, in Cleveland, by Fr. George Luba, the founder and first principal of Cleveland Benedictine High School.  They honeymooned in NH and even stayed a night at Saint Anselm College.

His first teaching position was at St. Joseph High School in Cleveland.  He left after one year to teach at his alma mater, Cleveland Benedictine High School.  In addition to teaching, he coached tennis and football. He was an assistant football coach, to Joe Rufus his first year, and the new coach, Augie Bossu, his second.  The Bengals won the State Championship during the 1955-56 season.  Soon thereafter, he took a position in the Garfield Hts. Public School District.  For a number of years, while teaching at Garfield, Bob did landscaping, as owner of Valley View Gardens, in Valley View, Ohio.  His company was contracted to do the original landscaping for Interstate 71, while it was under construction, which was a huge endeavor.

Many summers were spent furthering his education.  He earned a master’s degree in German, in Germany through the University of Northern Iowa, taking the family on an unforgettable trip to Germany the last year of his classes there. He also earned a master’s degree in English, from John Carroll University, as well as Guidance Counselor and Principal Certificates.  His final years in education were spent at Cuyahoga Valley Joint Vocational School in Brecksville, providing counseling to various vocational classes, and working with Special Needs students.  After retirement from teaching, Bob had multiple business ventures associated with his hobbies.  He was the proprietor of Alpine Philatelics and Terminal Tower Stamp Shop, until the building closed to make way for the creation of Tower City Center.  He was also the proprietor of Robert’s Travel Service – Carlson-Wagonlit Travel, in Maple Hts., until he retired for good.

The loves of his life were his wife, children, grandchildren, and great-grandchildren. Sunday dinners were a fixture in the Peck household, for years.  It wasn’t unusual for there to be 8-10 family members for a regular Sunday dinner, with two dozen plus, for holidays. His mashed potatoes, dumplings and other specialties will be missed.   Being an English major, his children would often call upon their father’s expertise, when writing papers or business letters.  Later, he would come to help his grandchildren with their high school German studies.  He was always glad to assist. He loved each and every child in their own way and they all loved him.  If there was ever someone that epitomized a patriarch, it was Robert Peck.  RIP – until we meet again.

He is preceded in death by his parents, Nellie (Thiery) and Joseph Peck; son, Mark; and siblings, Harold, George, Clarence and Dolores (Kanzig).