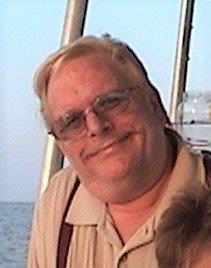 He was preceded in death by his beloved wife, Judy (Angel) in 2016 and leaves behind daughters, Stephanie and Rhonda; brother, Steve (Libbie) Sebastian; sister, Judi Johnson and two grandchildren Damon and Alex.

Rob proudly served his country in the Coast Guard.  He moved from the Seattle area to Akron in the late 1980’s where he met his wife of 25 years, Judy.

In keeping with the family’s wishes, cremation has taken place and he will be laid to rest with full military honors in the Ohio Western Reserve National Cemetery in Rittman on September 7th at 11:00 a.m. In lieu of flowers, memorial contributions may be made to Paws and Prayers Rescue, PO Box 67166, Cuyahoga Falls, Ohio 44222-7166.