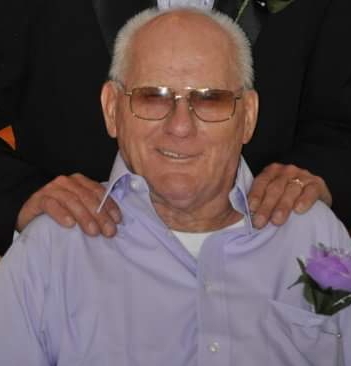 Richard L. “Dick” Quillin age 79 of Newcomerstown, OH passed away September 14th, 2018 at home surrounded by his loving family following a lengthy illness. He was born October 11th, 1938 to the late William and Mabel (Skaer) Quillin of Port Washington, OH. He was a truck driver and mechanic for many years. He enjoyed fishing and spending time with family.

He was preceded in death by a sister, Bessy Mitchell and two brothers, Chuck and JR Quillin.

He is survived by his wife, Marlene (Stull) whom he married February 11th, 1961; one sister, Rachael Noble; a sister-in-law, Jane Quillin; three sons, Richard (Becky) of Texas, Marty of Newcomerstown and Robert (Sabrina) of Dennison; three daughters, Kaylene Moore, Pamala Quillin of the home and Kendra (Fred) McCoun of Stonecreek; 13 grandchildren;12 great grandchildren, many nieces, nephews, cousins and friends.

In keeping with Dick’s wishes he will be cremated. A celebration of his life will be planned at a later date. Condolences can be shared with the family online at www.heritagecremationsociety.com.