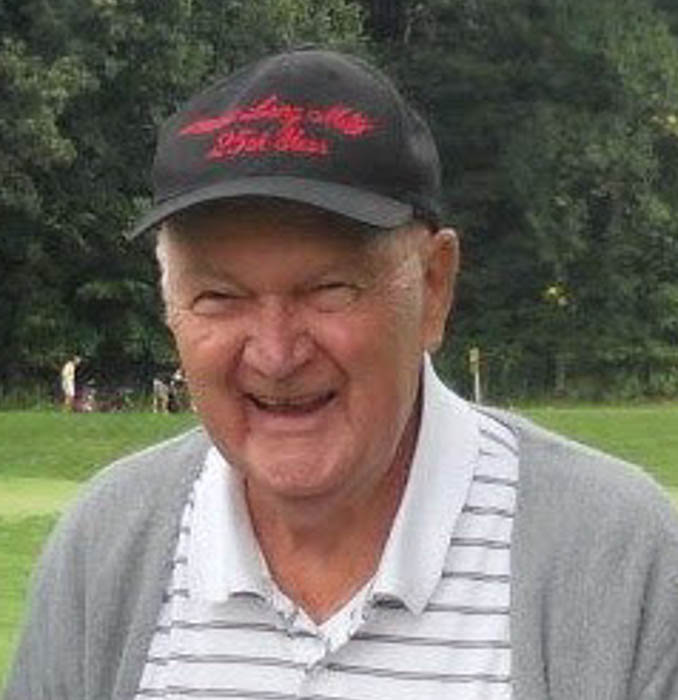 Richard (Dick) Shilts, age 90, passed away on January 14, 2017 in North Canton, OH.  Dick was a veteran, serving in the Army during World War II stationed in the Philippines.  He was a long-time Catholic and participated in church affairs at St. Joseph’s in Ohio. He was a member of the Catholic War Veterans, the Knights of Columbus and the American Legion.

Dick was born on October 19, 1926, the son of George Shilts and Lula (Thomas) Shilts. He grew up in Akron and later his family moved to Randolph, OH.  He and his devoted wife, Evelyn (Evy Horning) Shilts lived in Randolph and Suffield, OH, raising seven children. In 1997, Dick and Evy retired to Georgetown, TX. Dick returned to Ohio when Evy passed away in 2012, after 62 years of marriage.

Dick worked as a draftsman and sales manager at Akron Standard Mold for 31 years. Upon retirement, he helped form a new company, RRR Corporation.  Dick was an avid golfer and liked to play cards, especially euchre. His favorite pastime was working on cars — he devoted many hours to rebuilding engines and fixing mechanical problems.  He was very proud of his vintage 1957 Chevy that he doted on and drove in local parades and car shows.

Survivors include: Rick and his wife Linda of Fairfax, VA, Mike and his wife Marsha of Avon, IN, and Greg and his wife Jana of San Antonio, TX; Diane Shilts of Saddle Brook, NJ, Denise Hoff and her husband Ron of Hartville, OH, Mary Schaecher and her husband Greg of Colleyville, TX, and Yvonne Breiner and her husband Fred of Saddle Brook, NJ.; 11 grandchildren, Kerri, Lori, Erik, Meghan, Christina, Mike, Krista, Stefanie, Holly,  Jessica and Jacquelyn; and three great-grandsons, Garrett, Caleb and Trevor. He was preceded in death by two brothers; William and George Shilts, one sister, Jane Carey; and three stepsiblings.