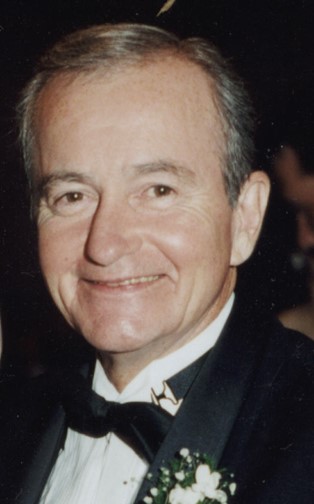 On Wednesday, April 22nd, at 9:22am, Ray went home to be with the Lord after succumbing to Alzheimer’s Disease. Ray lived a full and complete life that started in January of 1936 when he was born to Raymond and Mary Eckman in Akron, Ohio, where he was raised with his three brothers (Bill, Charlie, and Tom) and his sister, Mary.  Ray was a 1954 graduate of Cuyahoga Falls High School, followed by four years in the Marine Corp, where he served his country proudly as a military policeman.  After returning from service, he taught himself mechanical engineering which ultimately led to his retiring from Goodyear Tire and Rubber Company after 30-years of service that included him earning a number of patents.  Ray had five children (Diane, Mark, Rick, Mike, and Bob) prior to meeting and marrying the love of his life, Ann in 1978 and her sons (John and Bill).  Although the focus of Ray’s life was his faith and his family, he also loved fast cars, boats, and dogs.

Ray is preceded in death by his parents Ray and Mary; siblings, Mary and Bill; son, Michael; and grandson, Lealon.

The Eckman family would like to extend our heartfelt thank-you to the Memory Care unit of Mulberry Gardens of Tallmadge, where Ray received impeccable care as his disease progressed.  We also thank the Kent Healthcare Center for their care of Ray in his final days; especially to Pam S., his hospice nurse, who provided wonderful care and comfort.  A full military funeral with a service and internment will be held at a later date at the Ohio Western Reserve National Cemetery in Rittman, Ohio. Please contact the family for more information. Condolences and special memories can be shared with the family online at www.heritagecremationsociety.com