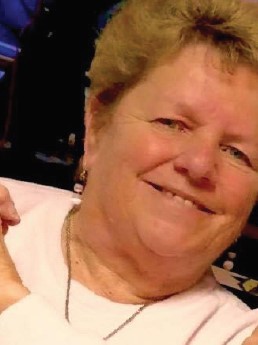 Phyllis Marie (Saunier) Bundy, 73, passed away March 2, 2021 at Mercy Medical Center surrounded by her family. Born in Canton, Ohio, she is the daughter of Floyd and Gladys Saunier. A graduate of East Canton high school, 1966. She was a devot­ed, loving wife to George G. Bundy Jr. for 54 years. She is a retired cafeteria worker at Louisville city schools. She was a member of the Lou­isville Eagles and Louisville American Legion. She enjoyed playing bingo and taking bus trips to different casinos. But her most treasured activity was watching her granddaughter play softball. She will be remembered for her devotion to family, a sassy sense of humor, and her amazing hugs. She will be greatly missed by many.

She is preceded in death by her parents, her father-in-law, George G. Bundy Sr, and her son George S. Bundy.

She is survived by her husband, George G. Bundy Jr; daughter, Lori (James) Porter; her only grandchild, Katelyn Porter; and her mother-in-law Mary E. Bun­dy. She is one of six loving sib­lings, and numerous extended family members, which she held dear. Phyllis had too many best friends to name and held each one close to her heart.

The family would like to extend a special thank you to the nurs­es and doctors at Mercy Medi­cal Center, 3rd floor, CCU. They cared for her as if she were their own. The compassion they have is unmatched. True heroes dur­ing horrific times. A memorial service will be held at a future date.   Condolences and special memories can be shared with the family online at www.heritagecremationsociety.com