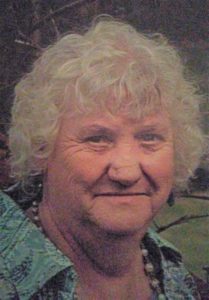 Peggy A. Huffman passed away at home on April 8th, 2019 at the age of 76 due to complications following a long battle with Alzheimer’s Disease. She was born September 12, 1942 in Canton, Ohio to the late William R. and Lenora (Petry) Boggs.

In addition to her parents, Peggy was preceded in death by brothers William R. Boggs and George (Tom) Boggs.