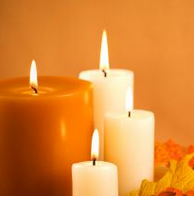 Paula Kay Smith of Uhrichsville, Ohio passed away October 27, 2017 at the Hennis Care Center in Bolivar at the age of 68.  She was born October 28, 1948 in Cambridge, Ohio.   Paula is survived by her husband of 48 years, James R. Smith; two daughters, Jamie A. Smith of Uhrichsville and Kelly Able of Florida; four sisters, Peggy Jo Murgatroyd of Cambridge, Pam Feldner of Cambridge, Patti Murgatroyd of Duncan Falls and Penny Gibson of Oklahoma City, OK; five grandchildren and three great-grandchildren.

In keeping with her wishes cremation has taken place and no public services are planned.  Condolences can be shared with the family at www.heritagecremationsociety.com.