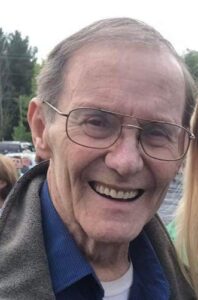 Neil was born May 14,1940 in Wadsworth to the late Vernon and Gladys (Johnson) Spice and was a lifetime Wadsworth resident. He graduated from Wadsworth High School in 1958.  He married the love of his life Cathy Anderson in 1960.  Neil worked and retired from Babcock & Wilcox in Barberton.  He enjoyed wood-working, gardening, golfing, and fishing. He loved watching OSU football, the Cleveland Brown’s and the Cleveland Indian’s but was the biggest fan of any activity or sport his grandchildren were involved in.

He was preceded in death by his parents; wife, Cathy; brother, Loren Spice; sister, Lynn Gray; and daughter, Shelley Blount.

In lieu of flowers, donations can be made to Crossroads Hospice & Palliative Care of Ohio.