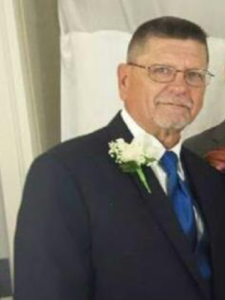 Mr. Popovich was born in Elizabeth, New Jersey on January 14, 1951 to Michael and Helen (Kerrick) Popovich, Sr. He graduated from Roselle Catholic High School in Roselle, New Jersey, in 1969 and Union County College in 1972 with a degree in Liberal Arts. Michael worked as a diesel mechanic for Linden Department of Public Works in Linden, New Jersey for many years before relocating to Ohio and working as a diesel mechanic for Waste Management.

Michael was a devoted father and grandfather. He had a genuine love for baseball and spent most of his spare time volunteering with the North Canton Little League and Hoover Baseball Booster Club. He will be deeply missed by his friends, family, and all who knew him.

Many happy happy camping trips, Disney trips and New Years celebrations. You will always have a special place in our hearts.
RIP Mike.

To Jenn and her family we want to give our deepest condolences, you are in our thoughts and prayers.

I am so blessed to have been able to call you Daddy. So many happy memories fill my soul. You are my rock and will always be. Any time I needed you, day or night, you were always there. You may be physically gone but I carry you with me in my heart always, in everything I do. You taught me that it’s better to give than receive, to always be kind but not foolish or naive, to be strong and assertive, to always know my worth. I know you are at peace now with Bobby and Poppy and Uncle Greg. You are whole again and that gives me peace. I will find you in every sky blue pink, every pancake I flip, every AC/DC or Allman Brothers song that plays on the radio. Fly high Daddy, you earned your angel wings. I love you always.

Had lots of good times together when we were young, including the four of us going on a cruise together for the first time. I am glad that Jen and Keryl were close with Mike and hoping that they have good memories to hold close to Mike in their hearts to carry them through the times ahead. I know Mike will be with his Parents and brother and that he will be there watching over his daughters and son from up above

Michael, We’ve had so many wonderful memories and a few not so good.
We had 2 beautiful girls that have grown into kind,caring intelligent women. RIP knowing part of my heart has gone with you. Love you always.

Our prayers and condolences to Kery, Jenn, Pat, Rob and the grandchildren! He was a wonderful man, and I am thankful I had several visits with him while he was here in NJ. Keryl and Jenn……boy he loved you two. Jenn….. he so had your back! Keryl, he spoke so highly of you and your sister and genuinely shared his love for you both :). He will be missed by all ……..and I pray that our Lord comforts you all during this terribly sad time. Love you all!!!!

Michael We’ve had so many wonderful years and memories and also a few not so good. We brought 2 beautiful, kind, loving, independent and intelligent girls into the world. Know that you have taken a large part of my heart with you. RIP, I’ll love you always and forever.

Jenn, Keryl,
I am so sorry for your loss. Your father was a good man and I know how much he loved you both.
Always in my thoughts and prayers.
Lisa Miskiewicz da Silva

It’s taken me until now to be able to put my thoughts into words because words mean that this is real, that this isn’t just a nightmare I can’t wake up from, that my daddy is really gone. I will never hear your voice or see your smiling face again. Getting a hug from you daily wouldn’t have been love, love was you waking up at 6am every day for 7 years to be my wake up call when you didn’t have to, you driving 500 miles to watch my fur babies bc you knew how scared I was to leave them with strangers, you calling me to talk you off a ledge anytime someone made you angry and most importantly, you naming me, I will forever carry a piece of you with me in my name alone. I have tried to call and text you more times than I can even count in this past week. You raised me to have the heart that I hold, to be kind and respectful and like you, I am so worried about everyone elses feelings that I forget about my own. You taught me that anything that needed to be done, I could do myself, 2 days before you took your last breath, you told me to start a business called “Keryl Kan Fix It” bc I could fix anything. My heart will never be whole again but I know you are where you belong now with Bobby, Poppy and Uncle Greg with no more pain. Every sky blue pink night, every chocolate chip pancake I eat (especially mickey mouse shaped), every box of devil dogs I see and every time someone tells me how unique my name is, I will know you are with me. I love you a bushel and a peck and a hug around the neck daddy and I will always be your little girl.

MY LOVING COUSIN
I will miss Michael. He never forgot to send a holiday greeting or send a “how are you doing text to me.” I will miss the long conversations we shared on the phone. We never seemed to run out of things to say . He was a special cousin who made a difference in my life. Most of all, the love and pride he had for his children, Jennifer, Keryl, Nicholas and his grandchildren and great grandchildren stood out beyond all else. The greatest part of this is that they all loved him so much in return.