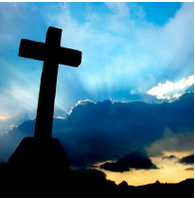 Michael Edward Sprague, age 61, of Uniontown, died Tuesday January 8, 2019 surrounded by his family and friends at the Aultman Women’s Board Compassionate Care Center in Canton, Ohio. Michael was born August 24, 1957 to parents Patricia and Reverend Budd Sprague in Beverly, Ohio. Mike lived in many different locations throughout Ohio during his life. He lived in Barlow from 1957-60, Essex 1960-1963, Mantua 1963-1966, Lakeside 1966-1972, where he got his love for Lake Erie, Barnesville 1972-1976, and Akron 1976-1981. Mike was a 1975 Barnesville High School graduate. He spent many years as a Union Representative and working as Head Custodian at Field High School, where he retired. Mike was a train enthusiast and collector since the early age of 3. His love for trains evolved into a love for modeling where he has built a vast collection of various models. Mike also loved Lake Erie and spending time at the Lakeside.

He is preceded in death by father Reverend Budd L. Sprague, and sisters Miriam (Brian) Gray and Debi (John) Pettit.

A graveside service will be held later in the spring at Beverly Cemetery. If wanting to attend, please e-mail son David at dsprague2894@gmail.com. In lieu of flowers, please send donations to the Aultman Women’s Board Compassionate Care Center. Their love, care, and guidance throughout Mike’s end of life journey will be forever appreciated by his children and family.

“Takin’ the Train to Heaven”

Heaven’s train has come ‘a callin’
The conductor tells me “time to go”
I hadn’t seen it comin’
I wish that I’d ‘a known
Soft smoke is billowin’ billowin’ up
The train whistles a fluted sound
And up eternity’s track we’ll go
Leavin’ this earthly ground
I’d like to have known my passage was booked
The fare paid…my departure planned
‘Cause I was just as surprised as you
For I was still battling courageously
When from life-to-death I spanned
So here I stand on the departure docks
And into eternity I’ll go
But I’ll leave part of my heart with you
So that you will always know
I LOVE YOU
I’ve found my seat now on the train
It’s feelin’ more n’ more like home
As for baggage we all have none
C’ept for love n’memories we’ve known
My ticket’s punched and handed back
After searchin’ my heart and face
I find it reads : “FIRST CLASS TO HEAVEN”
“THROUGH CHRIST’S ATONING GRACE”
And suddenly I’m feelin’ so much calm
‘Bout where I’ve been and where I’m goin’
And I can trust you all to God’s sweet grace
For his mercies you’ll be knowin’
I can see you all so clearly
As the train chugs and we depart
You’re all remainin’ so close to me…”
Copyright © 2012 Poems And Reflections LLC. All Rights Reserved.