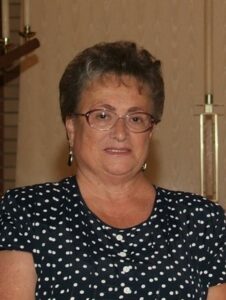 There were many sides to Lee’s life, including her love for her family and friends and her adventurous nature. She was an insatiable reader, which led her to become a member of a book club where she befriended what would become her great friends and travel mates. Together they journeyed both foreign and domestic. Because of this love for books and reading, Lee assisted with book collections and sales for the Friends of the Library and grew to become their President. She taught reading to struggling young students and eventually joined Baldwin Wallace’s Institute for Learning in Retirement (ILR) and volunteered to organize day trips and overnight excursions, ultimately working her way into a leadership position, becoming their President. During her affiliation and tenure with the organization, she hosted various events, scheduled concert outings at both Blossom Music Center and Severance Hall, and assisted with Author Luncheons for various local authors and media personalities. Lee was a member of the Red Hat’s Society, and when not home attending meetings, luncheons, or gatherings, Lee and members of her groups would find themselves on a flight or a long stretch of road en route to their next adventure. Her travels were many, her stories delightful, and the living she did through the later stage of her life was inspiring. If not suppressed by a stroke at age 75, Lee would still be sharing stories of her exploits and tales of scenic discoveries, foreign lands, and her beloved prayer meetings.

A Celebration of Life is being planned to memorialize our mom’s life.