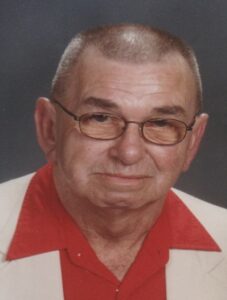 Marshall spent over 50 years being a truck driver.  He loved sharing his life experiences with each person he knew.  Marshall was an avid Cleveland Indians fan and especially enjoyed watching his Indians from home.  He always said he had the best seat in the house!  Being proud of his American Indian heritage, Marshall continued referring to his favorite team by the Indians instead of their new name.  Marshall never met a stranger and he loved talking to anyone he came across during his journey through life.  During warmer weather, you could always see Marshall on his riding lawn mower, mowing the grass, whether it needed it or not.  In colder weather, he tolerated plowing the driveway while hoping for a early spring.

Marshall will be missed by those whose life he touched, which are too many to count.  Keep on trucking, Driver.

A celebration of Marshall’s life will be held March 11, 2023 from 12 to 4 p.m. at the Coventry Community Center located at 335 E. Willowview Drive Coventry Township, Ohio 44319.  Everyone who knew Marshall understood that his favorite color was red.  He asks that you wear something red when we gather to celebrate Marshall’s life.

Condolences and special memories of Marshall can be shared with his family online at www.heritagecremationsociety.com.