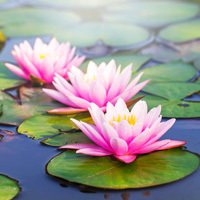 Marie was born in Norfolk, Nebraska and grew up in Wisconsin, primarily Sheboygan County graduating from Kiel High School in 1936. Marie was married to Ralph L. Albrecht, whom she met in Columbia, South Carolina while both were serving in the Army in World War II. Ralph preceded Marie in death on Sept. 8, 1989.

Marie was the youngest of five siblings, all of whom preceded her in death. Marie is survived by her three sons, Florian of Missoula, Montana; Mark (Sheila) of North Royalton, Ohio; Eric (Brooke) of Columbus, Ohio; grandsons of Mark, Ryan (Elizabeth) of Akron, Ohio, Kiel (Katie) of Gaithersburg, MD, and granddaughter of Eric, Elise of Decatur, GA; and two great grandchildren of Kiel, Liliana and Oliver.

Marie graduated from the University of Wisconsin in 1943, with a Bachelor’s degree in Nursing. Marie’s first job in nursing was with the Visiting Nurse Association in Midland Michigan from 1943 to 1945. In 1943, she joined the US Army Nurse Corps where she met Ralph and was on active duty until the end of the war.

Following discharge from the Army in November of 1945, Marie and Ralph were married on December 23, 1945 and lived in Canton, new Franklin, Oneida, and Malvern (Lake Mohawk). Marie relocated to Akron, Ohio in 2011.

Marie worked as a nurse at Alliance Community Hospital in the late 1950’s and early 1960’s. She then returned to college to earn an elementary teaching degree and subsequently taught third grade at Malvern Elementary School for 21 years before retiring in 1984. Marie was well respected for her teaching and always put her heart and soul into her teaching even using puppetry in her reading classes.

Marie was an avid gardener, naturalist, and observer of nature and inspired a love of nature and the environment in her sons and friends. Marie was a longtime education volunteer at the Mount Union Nature Center. Marie also served on the Carroll County Library Board for 12 years, and was proud of her involvement in the friends of Malvern Library in bringing a new library to Malvern. Marie loved the arts, literature, and music, but foremost delighted in experiencing nature first hand.

One of Marie’s favorite quotes was “Let your heart not be troubled”. Marie will be greatly missed by her family, friends, and colleagues. Internment is at North Lawn Cemetery, North Canton, Ohio. A memorial service will be held in the spring of 2018. Condolences can be shared with the family at www.heritagecremationsociety.com.