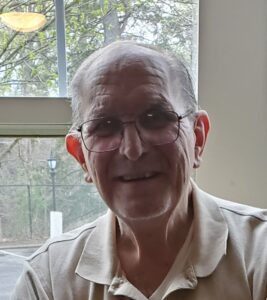 Retired Lt. Colonel (Army) Albert E. Gaylord died on Wednesday, June 8, 2022 from complications of dementia.  He was born on July 24, 1946 in Akron and was raised in Copley.  He graduated from Copley High School in 1964 and a graduate of THE Ohio State University, class of 1968.  He served in Vietnam in the early 70’s; becoming a victim of agent orange.  He was a two-time survivor of prostate cancer.  Albert was a medical laboratory director, in his professional life.  He was very involved in the Masonic community as a 32nd Degree Mason, as well as a Shriner.  For the past year, he was a resident of Cuyahoga Falls, Ohio.

Albert was preceded in death by his infant daughter, Andrea, and his parents, Wilbur and Marie Gaylord.  He is survived by his daughters, Pamela Gaylord, Kelli (Steve) Fazzari; three grandchildren;  brothers, Wilbur (Beverly), Robert (Donna) and Daryl (Carol); and his ex-wives, Martha Gaylord, and Judith Gaylord.

Services along with a Celebration of Life will be held at a future date at Arlington National Cemetery, per his wishes.   Condolences and special memories of Albert can be shared online with his family online at www.heritagecremationsociety.com. 330.875.5770