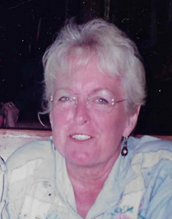 Linda Sue Holderbaum, 73 of New Philadelphia passed away on September 29 surrounded by her family, after a brave battle with cancer. She was born September 13, 1946 in Dennison, Ohio and was a daughter of the late Edward and Bernice Cecil. Linda grew up on a farm and attended grade school in a one-room schoolhouse. Some of her favorite childhood memories were sitting in a car with her grandfather listening to the rain on the tin roof, reading with her mother and fishing with her father. She was a teenage bride and mother, who received her GED in her thirties. She earned a master’s degree from the Kent State University and dedicated herself to her clients for more than thirty years. She was passionate about her work as a chemical and addiction counselor, cared deeply for her clients and could see the good in everyone. She recognized a need to offer an affordable driver intervention alternative and with the encouragement of Tony Incarnato, she started her own small business running a monthly intervention program. She closed the camp in August with much sadness as the cancer made it impossible to be there for her clients. She also loved playing Bingo with her sister, morning coffee at her brother’s home, laughing with friends, dinners with family, vegetable and flower gardening, listening to the ocean, all types of music, and long drives in the country with her husband.

Linda was preceded in death by her parents Edward and Bernice Booth Cecil, her brother and sister-in- law Don and Violet Cecil, her sister Frances Cecil and an infant sister and brother.