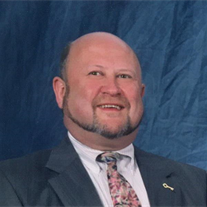 The life of Lawrence (Larry) Robert Mick of West Chester, Ohio, came full circle February 18, when he left this planet 68 years to the day after his birth. He found peace after a valiant battle with a respiratory illness. He was born on February 18, 1948, in Hamilton, Ohio, to Herbert George and Edna Mae (Martin) Mick.

He leaves behind to mourn his loss, his best friend and wife Maureen (Fleming); sons, Lawrence H. (Cindy) of Cleveland and Craig P. (Sheila) of Phoenix; and the love of his life, grandchildren, Darwin and Azara. Also surviving are his brother Dave (Rachel) of Jupiter, Florida; and dozens of adoring nieces and nephews.

He was predeceased by his only daughter, Tina Marie Mick, who died when she was three years old and left an everlasting hole in his heart. Also preceding him in death were his parents; his three brothers: William, John (Joni) and Herbert (Karen) Mick; and four sisters: Mary Lou (Robert) Moran, Sr. Loretta Mick SFP, Betty (James) Fath and Evelyn (Ronald) Jones.

Larry led a gregarious life, as he was charismatic, loved imparting laughter and had the ability to make those around him feel valued. His career was in banking and finance as a Senior Vice President at Key Bank managing trust operations, but his joy was derived from teaching and mentoring his staff to ensure they had opportunities to succeed. He often said, “My goal is to work myself out of a job because everything is working smoothly.”

Family and friends are welcome to a celebration luncheon of Larry’s life at Brazenhead Irish Pub, 5650 Tylersville Rd., Mason, Ohio from noon to three-o’clock on Saturday, February 27th. Services will be private. If so desired, contributions in Larry’s memory may be made to Franciscan Sisters of the Poor, 60 Compton Road, Cincinnati, Ohio 45215. Condolences and special memories may be shared below.