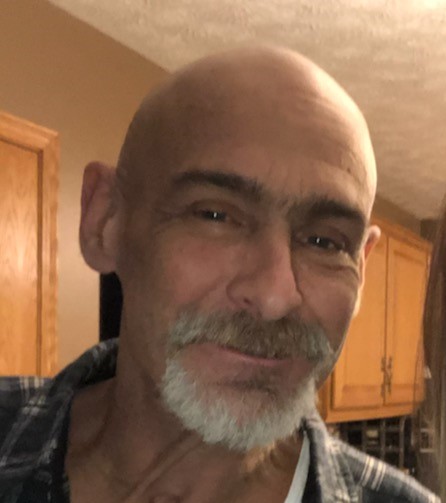 Kevin Rice, age 59, of Canton, Ohio, passed away on Wednesday, July 14th, 2021 after a long and valiant battle with cancer.

Born on August 4th, 1961 in Canton, Ohio, he was the son of the late Karl and Shirley Rice. He was a graduate of Perry High School and worked as the “go-to” mechanic that everyone trusted their car with before retiring and making the most out of his final days.

In addition to his parents, he was preceded in death by two brothers, Karl and Kirk Rice.

Kevin is survived by his three children, Joshua of Louisville, Ohio; Jenna of Dayton, Ohio; and Nathan of Canton, Ohio. He is also survived by two grandsons, Luke Wilson of Jenna and Nolan Rice of Joshua; one granddaughter, Layna Wilson of Jenna; three siblings, Kelly Froelich, Kris Hull, and Kent Rice; and numerous nieces and nephews.

“Big Kev,” as his family and friends often called him, loved his children and lived his life with humility, compassion, and the occasional dirty joke. He loved cars, bowling, and a nice game of golf on a Sunday with his boys. He was an avid sports fan who loved to watch the Miami Dolphins play. Kevin had the biggest heart and would help anyone he could. He made friends everywhere he went and will be missed by many.

In lieu of a service, a Celebration of Life will be held at a later date for close friends and family to get together and share memories. Condolences and special memories can be shared with the family online at www.heritagecremationsociety.com