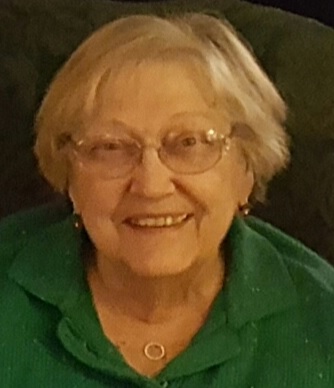 Katherine “Kay” Salopek, 86, of Euclid, passed away on September 4, 2021. Kay was married for 44 years to Peter Salopek who passed away in 1998. She was an extraordinarily loving mother to her children and their spouses, Tom (Denise) Salopek, Christine (Dave) Lowe, Peter (Paweena) Salopek, and Joseph Salopek. Kay helped to raise all of her grandchildren, who she loved so dearly, Jessica (Ryan) McCartney, Alexander Salopek, Philip Salopek, Nicholas Salopek, Julian Salopek, Gus Salopek, Lisa Lowe, Noah Salopek, and Emily Salopek. She was so glad to spend time with her beloved great granddaughter, Daniela McCartney. Kay also leaves behind many cherished friends.

Kay was deeply involved in the preservation of her Croatian heritage. She particularly loved tambura music and encouraged her children and grandchildren to learn to play the tambura and participate in the Croatian junior groups based in Cleveland. The American Zagreb Junior Tamburitzans were particularly close to her heart. Kay served as Treasurer for many years including an additional 20 years after her children were no longer in the group. Kay enjoyed traveling; often with the Tammie’s, but also enjoyed her yearly trips to Vegas with her husband. Kay devotedly cooked for her large family and was happiest when she was surrounded by her family at meals. Every holiday she would bake potica for family and friends.

Kay was Born in Grindstone, Pennsylvania, to Joseph Vidonish† and Sophie Pyro†. Her siblings include, Joseph† (Jenny†) Vidonish, William† (Dolores†) Vidonish, Vincent† (Elizabeth†) Vidonish, Patricia (Joseph†) Bosnic, Barbara (Angelo) Commarato, Elaine (William†) Bobinchuck, and Daniel (Karen) Vidonish. Kay came to Cleveland at age 18, and throughout her life she generously helped many others to settle in this area.

As per her wishes a private memorial service will be held at a later date. Kay suffered your woes and celebrated your victories. Kay would want you to remember her as loving you.