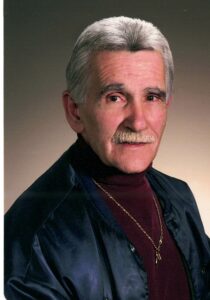 John S. Karman, age 78, of Perry Township, passed away on Sunday, June 27th, 2021 at Aultman Woodlawn Compassionate Care Center following a lengthy illness. John was born in Canton, Ohio on November 22nd, 1942 to the late James and Caroline Karman. John was a 1960 graduate from McKinley High School. John married the love of his life and best friend Becky Bungard on June 19th, 2004. John worked in sales management after retiring as a truck driver. He loved golfing, fishing, and bowling; he was a member of the Hall of Fame Lanes bowling leagues and averaged well over 200 for 50 of his 65-year bowling career.

Celebration of Life will be held on Sunday July 11th, 2021 from 2-4 pm, at McCaulley residence: 5271 Aquarius St SW Canton, OH 44706. Condolences and special memories can be shared with the family online at https://www.heritagecremationsociety.com/