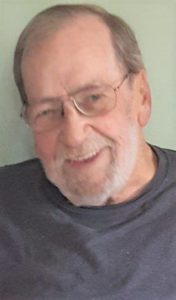 Jack became a valued employee of the Chicago North Western Railroad in 1964. He started his career as a brakeman and quickly worked his way into management. In 1995 The Union Pacific bought the CNW, and he remained a loyal employee until his retirement in 2000. After he retired, he purchased a house on the Lake of Egypt in Southern Illinois and made a wonderful home with the love of his life Jody. Jack enjoyed every aspect of the lake life by fishing, boating, bird watching and just enjoying nature. In June of 2019 he and Jody relocated to Louisville, Ohio.

In addition to his parents and stepmother, Rita Gallagher, he is preceded in death by his son, Patrick Gallagher, and brothers Michael and Gary Gallagher.

A memorial service will be held at a later date. In lieu of flowers donations can be in his honor to St. Jude’s Children’s Hospital.