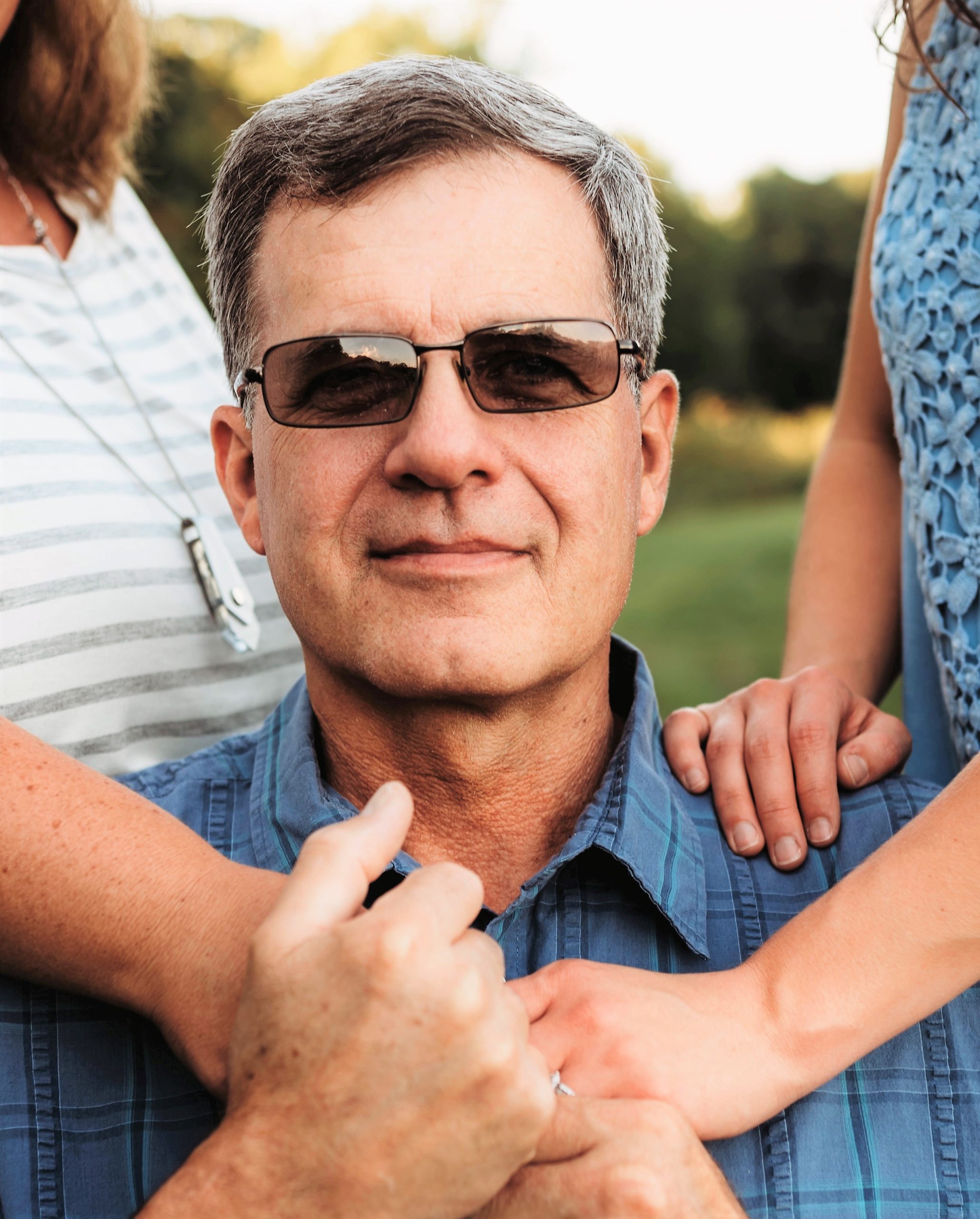 John Anton Kostelnik “Karnak” 60, of Medina, Ohio, passed away on May 27th after a long and courageous fight with Pancreatic Cancer. He was born on July 9, 1959 to Elmer (Nick) and Elsie (Durst) Kostelnik in Queens, New York. His family moved to Medina in 1968 and he was a 1977 graduate of Medina High School, where he loved being a part of the band. After graduation, John began working for USAir Airways, where he worked for many years before “retiring” from the airlines. He later spent time working for 3M and Sunless.

John met his wife Linda when living next door to her best friend in Berea, Ohio; they wed on July 11, 1987. They have two daughters, Christy (Jeremy) Gabler and Lindsay (Nick) Wilkins; four “Grands” as he called them, Jesse, Jacob, Aoife, and Maebh.

John had a great love of trains, planes and automobiles! He was an active member of N.O.R.M. (Northern Ohio Railway Museum) and enjoyed working on antique cars and going to car shows. But John’s biggest love was doing things with his family. He enjoyed spending time together as family, especially traveling. If he got to pick the vacation, everyone was heading on a cruise! In his down time, John enjoyed photography, drawing and painting, and was excited to share some of those pieces last year at the Medina County Fair. John was an active member of St. Matthew Church in Medina.

John was predeceased by his mother, Elsie, grandparents and many Aunts and Uncles. In addition to his wife, children, and grandchildren, he is survived by his father and stepmother, Nick and Joyce Kostelnik; sister, Laura Beattie; brother, Matt (Laura) Kostelnik; and many nieces and nephews.

In lieu of flowers, the family is asking donations to be made in John’s honor to your choice of St. Matthew Church (Youth Programs) 400 N. Broadway St., Medina, Ohio 44256 or the Northern Ohio Railway Museum P.O. Box 458 Chippewa Lake, Ohio 44215-0458.  A private family graveside funeral will take place at Spring Grove Cemetery, and a Celebration of Life will be announced, when it is safe for us to gather in person.

The family would like to thank all who have helped during this difficult journey with meals, care, love, and support. Condolences and special memories can be shared with the family online at www.heritagecremationsociety.com