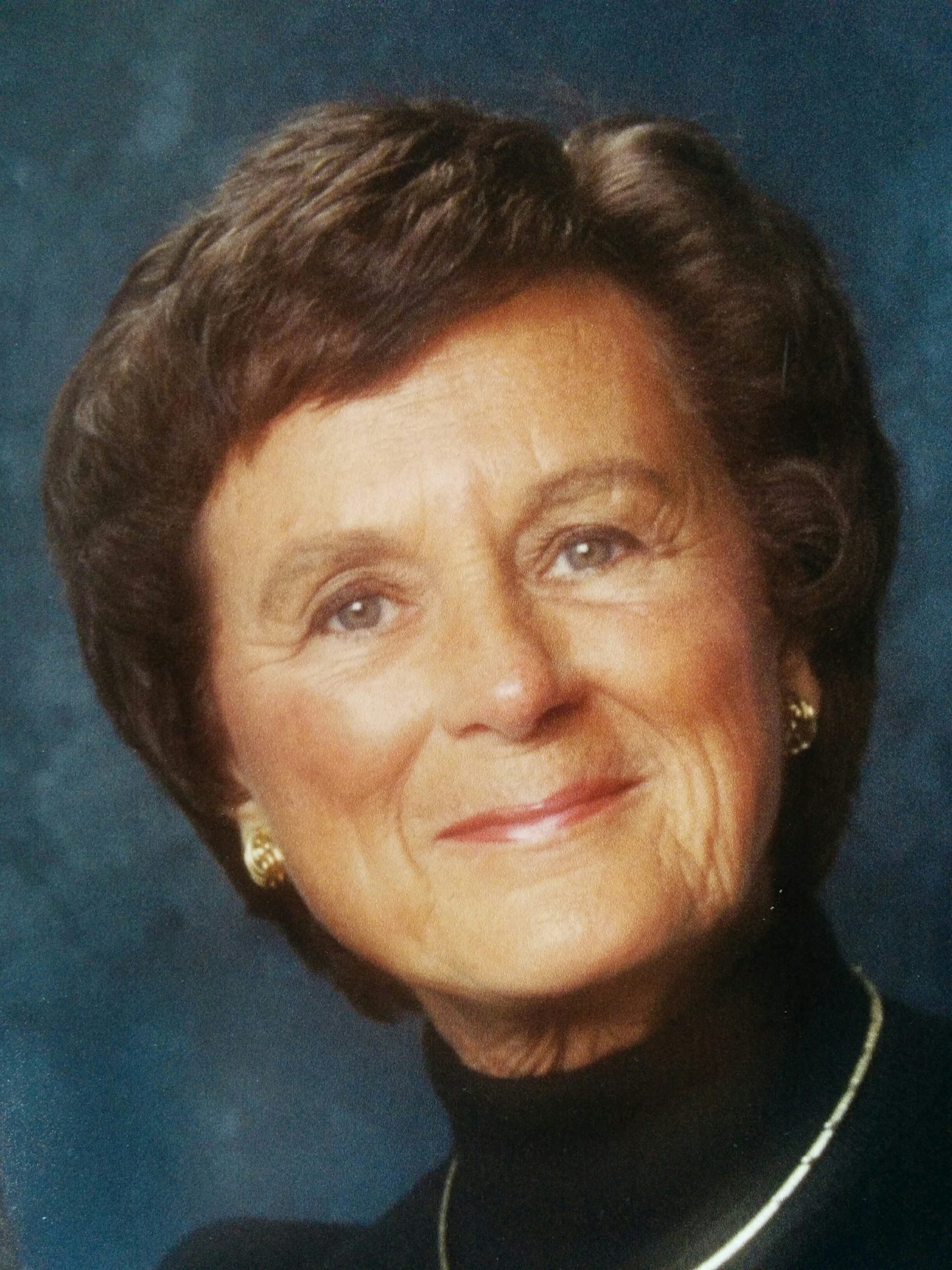 Jeanne Elizabeth Skibbens, the wife of Richard Vincent Skibbens, M.D., and mother of three sons, died at Aultman Woodlawn Hospice in Canton, Ohio on April 20, 2017, at the age of 88.

Jean was born on May 3, 1928 in Edgewood, Pennsylvania, a suburb of Pittsburgh, to William Frederick Schaer and Sarah Margaret Barns.  Her mother was one of seven sisters. Jean graduated from Langley High School in Pittsburgh, Pennsylvania in 1946, then entered River Falls Teacher’s College in River Falls, Wisconsin, now an extension of the University of Wisconsin.  There she was named “Woman Athlete of the Year” in her junior year.

Jean earned certification as a Medical Technologist at St. Vincent Hospital School of Medical Technology in Erie, Pennsylvania in 1950.  It was in Erie that she met Richard Skibbens, marrying on May 6, 1950, their lifelong union lasting more than 66 years until her death.

Together during Dick’s internship and resident training, Jean joined a private practice in Washington, D.C. as a medical staff technician.  Subsequently, she was hired by Balboa Hospital in San Diego, California as a laboratory technician, followed by a medical staff position in a private practice, in nearby Coronado.  She and Dick then settled in Canton, Ohio, where he joined the staff of Mercy Hospital as a radiologist in 1952.

In addition to obtaining a realtor’s license and working with North Canton’s Pat Hall Agency, Jean was a member of Welcome Wagon, the Junior League of Canton, the Association for the Prevention of Cruelty to Animals, and volunteered at Mercy Hospital.

Jean was athletic and aquatically blessed.  She received a Red Cross Instructor’s certification at fourteen years old, and taught men’s high school swimming while still a high school student herself.  During her earliest years, she spent summers on Lake Chautauqua, New York, returning many times decades later with Dick and her three sons.  Having joined Brookside Country Club in Canton, Ohio, in 1960, Jean was club champion five times, taking her first title in 1968 and last in 1991.  She had four holes-in-one.  Jean played golf and tennis well into her eighth decade.  With her husband, she traveled internationally, golf clubs and tennis racket often in tow.  She enjoyed Bridge, dancing to the “Big Bands,” and loved animals, having the companionship of five German Shepherds and one Labrador over her lifetime.

Jean was enthusiastically competitive, and devoted to family and friends.

She was predeceased by her elder brother Robert William Schaer, and survived by her husband, Dick, their sons, David William Skibbens of California, James Richard Skibbens of North Carolina, and Dr. Robert Vincent Skibbens of Pennsylvania, and three grandchildren, Trevor Skibbens, Joseph Skibbens, and Erin Skibbens.  She will be greatly missed and deeply mourned.