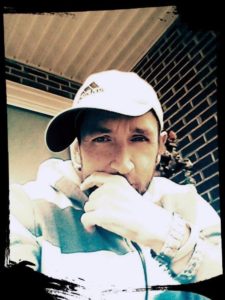 Jarrod Nelson Price age 41 of Canton, Ohio, slipped away unexpectedly to his eternal home June 19, 2020. He was born on March 22, 1979 in Union Hospital, Dover, Ohio. He attended Sacred Heart grade school in Dover where he played basketball, baseball, boxing and karate.  Jarrod graduated from Central Catholic High School in Canton where he excelled in scholastics and basketball and went on to Bowling Green State University where he received a bachelor’s degree in Sports Management. He worked for the National Basketball Association in Roanoke, VA, and the Cleveland Browns Organization.

He was preceded in death by his grandparents, Myron (Glendora) Pryor, Lorena Medford and Stanley Price, his cousins, Shannon Platz and David Snider and nephew, Brody Jarrod Price.

Jarrod’s legacy will live on through the friendships he made during his lifetime. In keeping with the families wishes, no public services are planned at this time.

I’ve known Jarrod for close to 30 years. Since I was 14 he and I have had so much enlightening laughter and so many intelligent conversations. Every time I want to text him an inside joke, my heart breaks bc I hadn’t seen him in the past couple years. I will think of him everyday and the times he made people smile….which were nearly infinite. Love you forever, Jarrod. I hope my brother is finally at peace.

I was so sad to hear of Jarrod’s passing. We have been friends since high school and we became closer friends several years ago after learning that we lived near each other. We’ve had a lot of great times playing cards, laughing and joking the whole time, and sitting by a bonfire, having a couple drinks, and even just hanging out in general. We talked about serious things too and he was always very intuitive and open minded. Jarrod had come to my aid on several occasions, too, when I, and/or my daughter, needed help. I’ll always regret that I haven’t seen him over the past couple or so years, but I hope and pray that he has found eternal peace and rest. My heart and prayers go out to Jarrod and his family, especially his dear Mom.

Jarrod had a big heart. He was a good friend to me when we were in high school. I will always hold those memories close to my heart. May he rest peacefully and may his family know that I will always remember him kindly.

Jarrod and I were neighbors and friends from high school. I will forever remember Jarrod for his big heart and kind personality. I pray he is resting peacefully and knows that he will not be forgotten. Prayers also for his family and that they may find comfort in these troubling times.

Jarrod and I hung out in different crowds in high school, but he was always nice to me and always made me laugh. He will be missed by many.

May Jarrod rest in peace.

My condolences to Jarrode’s family during this difficult time. I like to remember Jarrode on the basketball court, He had an intensity and a competitive spirit that was electric and he could lift people up with well timed encouragement.

I’ll cry as I write this, I spent almost half my life with you and nothing will ever break our bond. We met in 2007. You were my whole world, for years, and will be forever. Even after the bad times we still communicated in such a civil manner that cannot be replaced or even respected by many, nobody would understand us although a lot of people made their assumptions. I’ll always love you and hope you are at peace, finally. Sorry it took me so long to write. Miss you always. Love, Jenna.