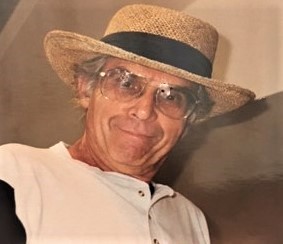 James “Jim” Edgar Beavers, age 89, of Jackson Township, passed away of natural causes on March 2, 2021. He was lately a resident of Ayden Healthcare in Canton, Ohio. Jim was born December 5, 1931 in Greentown, Ohio; to the late James M and Pauline M (Haverstock) Beavers. He grew-up in Greentown and North Canton and is a graduate of North Canton High School class of 1950.  He was a Veteran of the Korean War and served as a Corporal in the Marine Corps.  He lived in both Texas and Florida, before returning to the Canton area in 2000. Jim was a self-employed painter/ wallpaper hanger/carpenter and everyone that knew him recognized that his passion was cars! Rebuilding his 1950 Mercury Coupe and going to car shows were his favorite pastimes. He was a member of The North Canton Eagles.

In addition to his parents, Jim was preceded in death by his wife, Wanda and sister, Betty.

Jim will be interred at Sunset Hills Cemetery in Canton, on Saturday, May 29, at Noon. Friends and family welcome. A Celebration Memorial of his life will be Walther’s Twin Tavern in North Canton on May 29, from 1-5 pm.  Condolences and special memories can be shared with his family online at www.heritagecremationsociety.com