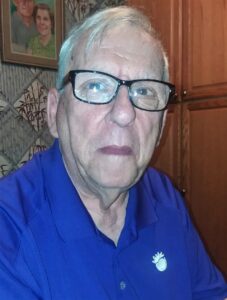 James Jefferson “Jim” Sawyers 75 of Dalton, Ohio, went home to be with the Good Lord on September 8, 2021, after losing his battle to an extended illness.   Jim was born in Canton, Ohio on September 8, 1946, to the late Bowen and Elizabeth Sawyers.   He was a 1964 graduate of McKinley Senior High School.  After graduation, Jim joined the Navy (1964-1967) and proudly served during the Vietnam War aboard the USS Isle Royale AD-29.  After his service in the Navy, Jim worked as a Millwright for Union Metal for over 40 years.  He enjoyed hunting, fishing, and piddling in his workshop.  He was happiest when he was spending time with his family.

Jim will be laid to rest on September 30, 2021, at 10:45 am. at The Ohio Western Reserve National Cemetery with full military honors.   There will be no visitation prior to the services.  The family would like to invite you to join them for a Celebration of Life Luncheon at the Massillon American Legion Post# 221 located at 427 Lincoln Way W Massillon, Ohio 44646.