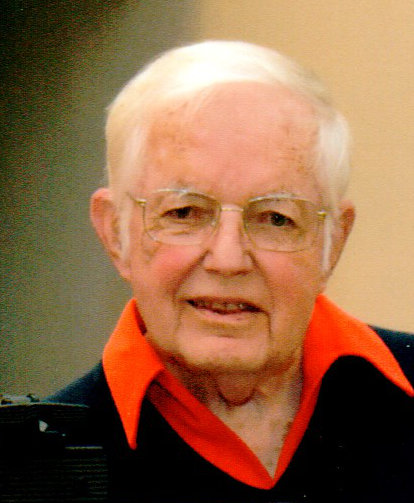 Jim Sullivan, age 87, passed away June 5th, 2021, at Southwest hospital surrounded by his wife and 2 daughters after Facetiming with his other children. He passed after a four-year struggle with pulmonary fibrous. Jim was born in Toledo, Ohio to Glenn and Ruth Sullivan. He graduated from the University of Toledo with a mechanical engineering degree, which he used at Toledo Edison.  He worked on CAPCO (a coordination team with CEI) where Perry and Davis-Besse nuclear power plants were developed and built. His career at Toledo Edison involved putting on events at the Edison Club, including the New Year’s Eve parties that he enjoyed very much.  When TE merged with Cleveland Electric Illuminating to form Centerior Energy in 1986, he moved from Northwest Ohio to Richfield, Ohio. He was Director of Environmental Activities when he retired in 1997.

He was a Bridge Gold Life Master and played through the pandemic online with his placing in his last regular game just days before he was hospitalized. Jim did a wonderful job with Unit 107 for many years and that included, being President of the Board of Directors for many years and establishing several unit owned games as well as administering those games.  In 2017, Akron Bridge Association established in his honor a recognition plaque, along with his wife Carolyn, to honor superior service and dedication to duplicate Bridge within the club.  He gave endless hours of promoting and building the game. He went to national tournaments all over the US and played in Ireland, England, Australia, and Italy.

He taught his children and countless grandchildren how to swim and enjoyed splashing with all of them, many times on camping trips. In 1975, on a trip to Hawaii, he found a love of snorkeling. The pursuit of snorkeling adventures promoted many more trips to Hawaii.  He also snorkeled in Cancun, Greece, and the Great Barrier Reef.

Every time the Cleveland Browns game was on Jim was there enjoying his hot dog.  When out of town he found a Browns Backer site and was right there to cheer them on.

He served many years as a head usher at Playhouse Square as he enjoyed the productions and helping patrons have an enjoyable evening.

Carolyn (Verdon), his wife of 46 years accompanied him on his travels, shared the Browns games, ushered with him, and was his #1 bridge partner.  He shared her horse passion by learning to ride, working at horse events (usually the timer), and taking care of the horses left behind when she traveled.

Condolences and special memories can be shared with the family online at www.heritagecremationsociety.com
Heritage Cremation Society
330.875.5770
Print