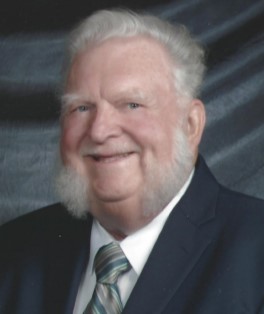 After graduating from Garfield High School in 1956, he earned a BA degree from Heidelberg College and a master’s degree in Library Science from Western Reserve University in 1961. Jack spent the majority of his career in the Kent State University library system.  After he retired from the library, he returned to the University and worked in the Judicial Affairs Office until retiring in 2010; serving at KSU for a total of 32 years.

His great loves were music and sailing. He was the director of the Bethany Band at Bethany United Church of Christ in Cuyahoga Falls and the Doppel Adler German Band.  He also played weekly in the Cuyahoga Falls Community Band. He sailed every summer with his daughter Susan on Lake Chautauqua, N.Y., spending many happy hours on the water.

He was preceded in death by his sister, Betty Dockus and his brother-in-law, James A. Miller.

Friends are invited to remember Jack on Saturday, February 8, 2020 at Bethany United Church of Christ, 1235 Broad Blvd., Cuyahoga Falls, Ohio, 44223. A Masonic service will be held at 9:30 a.m.; calling hours will be 10:00-11:15; a memorial service officiated by the Revs. Kim Mislin Cran, David S. Kiewit and Rebecca Brenner, will be held from 11:30-12:30. Dinner will be served in the church social hall following the service.

In lieu of flowers, donations may be made to Bethany UCC.

Condolences and special memories may be shared at www.heritagecremationsociety.com