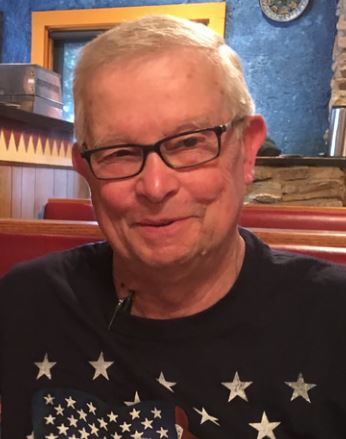 Herbert C. Mode Jr. passed away on Monday May 28, 2018, attended by his loving daughter and dear friends at the age of 82.  Herb, also known as Buzzy, was born May 13, 1936 in Middletown, Delaware to the late Herbert C. and Mable (Foreacre) Mode Sr.  He was a well-regarded athlete at Rye High School in Rye, New York, and was especially known for his football career. Buzzy graduated from the University of Cincinnati with a degree in Psychology.  He served as a Radio Operator in the Army as a part of the 24th Signal Battalion in Germany from 1961-1963.  Buzzy was an avid tennis player, an animal lover and a devoted father and grandfather.

He is survived by his daughter, Monica (Hari) Sharma; grandsons, Colin and Ryan Sharma; and sister, Barbara Rose.

In addition to his parents, Buzzy is preceded in death by sisters, Cynthia Hauser and Jo Devine.

Herbert will be laid to rest at the Ohio Western Reserve National Cemetery in Seville, Ohio Friday, July 13th at 11:00 am.  A reception will follow from 1:30-4:30 pm at Behind the Woods, 21919 Center Ridge Road in Rocky River.  The family suggests Memorial Contributions be made in Herb’s name to the Cleveland Animal Protective League, 1729 Willey Avenue, Cleveland, Ohio 44113. Condolences can be shared with the family at www.heritagecremationsociety.com.