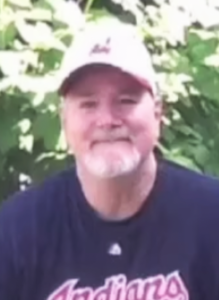 In 1980, Burt met the love of his life, the late, Brenda Premo.  Together they resided in upstate New York.  In 1993, after Brenda passed, Burt relocated to Kent, OH where he resided for the remainder of his life.  Burt was kind-hearted and always tried to make a difference by showing his love to his family and friends. He enjoyed telling jokes and pulling pranks on anyone who would fall for it. To Burt, you were not just a friend, you were family.

Burt leaves behind to hold on to his memories, his children, Aaron (Meredith) Garrett, Amanda (Mike) Garrett, Angela (Dan) Garrett Geising, Michelle Eisenhauer, Sherri (John) Lyday and Mike (Vanessa) Putman; 17 grandchildren, 7 great grandchildren; all of the adopted children and grandchildren he loved as one of his own over the years; brother, Harry; and three sisters, Cora, Cheryl and Dee.

In addition to his parents, he is preceded in death by his brother, Alfred Garrett, Jr; his grandson, Nicholas Geising; and the love of his life, Brenda Premo.

A private family burial will take place in the spring, in South Bulter, NY. Condolences and special memories can be shared online at https://www.heritagecremationsociety.com/

He was a wonderful soul! Fly high soar like an eagle. Love you

You will be missed but we know heaven gained another angel. Give Aunt Brenda my love and a big hug. Miss and love you guys!

Love and miss u Uncle Burt. May u no longer be in pain. Say hi to grandma cooper for me! ????

Where do I even begin? Burt and I were co-workers at The Press of Ohio in the mid-90s and we remained friends to this day. He watched my daughter grow from a baby to a woman and met my grandkids. I live in Las Vegas now but he and I made it a point to visit together every time I visited Ohio because he was my friend to the end. I love you, Burt and I will miss you and our chats. Thank you for being a true friend all these years.

Heaven has gained another angel. Love always, please give Aunt Brenda a big hug for me!

Rest in peace uncle bert .tell my aunt Brenda and my dad .I love them

Rest in peace uncle bert . Tell my dad and aunt bBrenda I love them