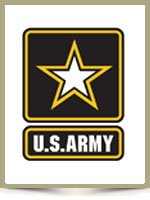 Guy Zimbardi was born to Angelo and Joan Zimbardi in Akron,Ohio on April 26, 1922.
He was one of 14 children. He quit school in the 10th grade, to get a job and help his family out. He later received an honorary degree from Garfield High School for his many accomplishments, of which he was very proud.
Guy served in the U.S. Army during World War II. After the war he returned to Akron, Ohio. He did many different things to earn a living, but in his heart he wanted to be a carpenter. He did just that, over the years, building Solar Estates in Green, many homes in Firestone Park, apartments, condos, even an Italian food store, in Pittsburgh, Pa.. He was very proud of his final achievement, who with Helen’s help he built, which was Guys Restaurant and Party Centre’.

Guy will be missed by his long time friend and Wife Sandy, David (Tara) Limer, Granddaughters, Alexis and Ashley Dan Limer and Granddaughter Brynna. Guy also leaves his Children, Angelo, Maggie, Rocky and Judy
14 grandchildren and 10 great grandchildren among which Granddaughter Gina and Great Grandsons, Alexander and Maximus spent a lot of time with “Grandpa Guy” and he dearly loved them.

Donations may be made in Guys name to Grace Church.