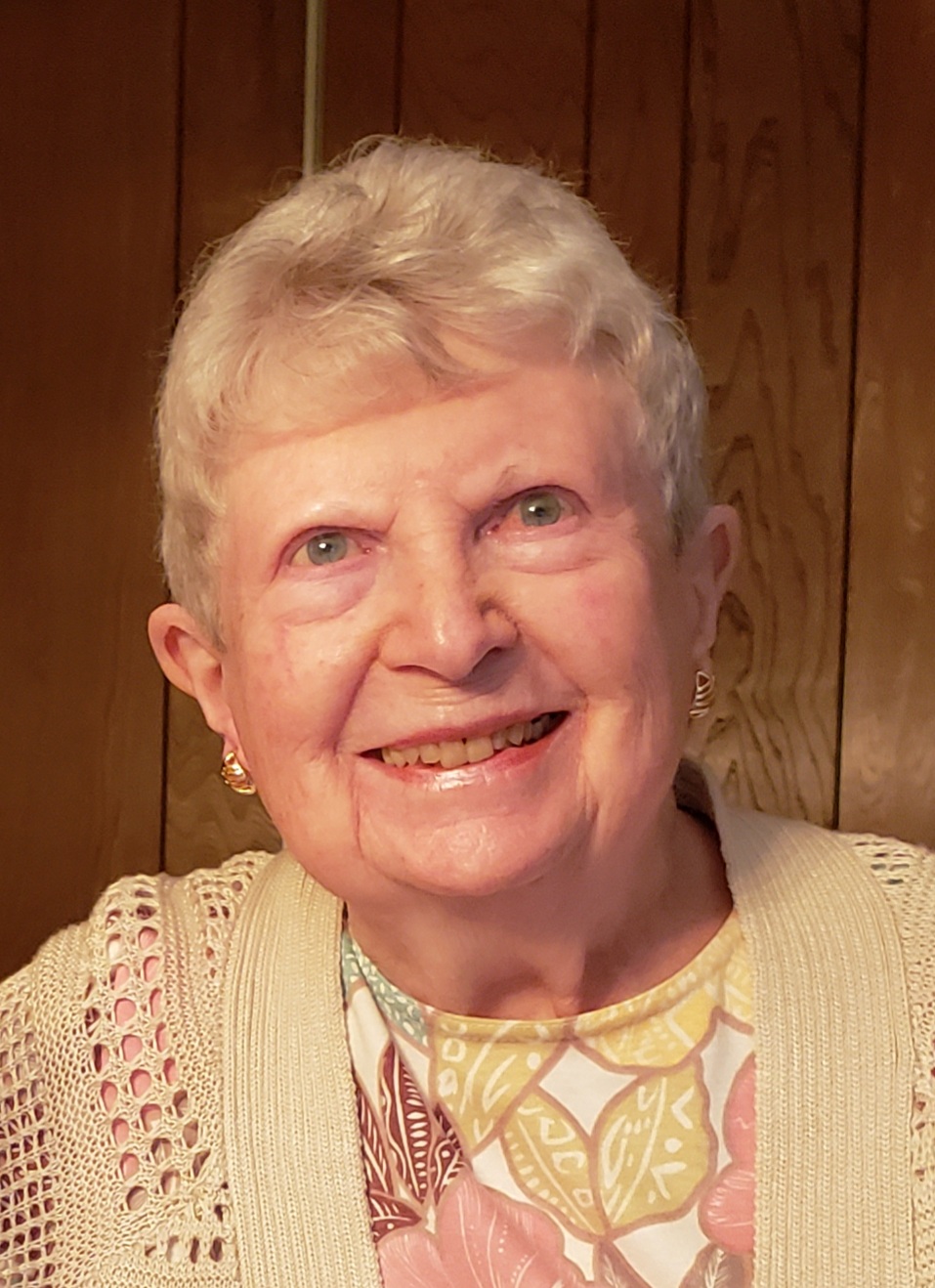 Following high school, Gloria worked for Bell Telephone Canada and attended art school. She and Brian were married in 1953 and went on to have 5 wonderful children and 12 grandchildren. Gloria was passionate about raising her children and enjoyed being a sports, hockey, music, and theater mom.

As her children got older, Gloria was drawn to leading church youth groups, developing spiritual and leadership retreats, and developing religious education programs. Spiritual and religious growth became her passions which lead her to the position of Director of Christian Education at St. Barnabas Episcopal Church in Bay Village. She retired from this position after 16 years. She was delighted by her own spiritual journey and loved enabling spiritual growth in others through her work.

After Gloria retired from St. Barnabas, she thoroughly enjoyed the time she got to spend with her children and grandchildren. She especially loved her extended trips to visit her son and his family in Japan and traveling with her other son to the Olympics in Lillehammer and Nagano.

Brian and Gloria were members of the Episcopal Church of the Redeemer in the city of Lorain, Ohio. They both loved the close and caring community of faith filled folks there.

A memorial service will be held to honor both Gloria and Brian on Saturday, April 3rd, at 10:30am at the Episcopal Church of the Redeemer in the city of Lorain, Ohio.

In lieu of flowers, donations may be made to Redeemer’s generous Brown Bag Lunch and Dinner Outreach programs. (The Church of the Redeemer, P.O. Box 521, Lorain, OH 44052.)   Burial of ashes will be a private family affair.  Condolences and special memories can be shared with the family online at www.heritagecremationsociety.com