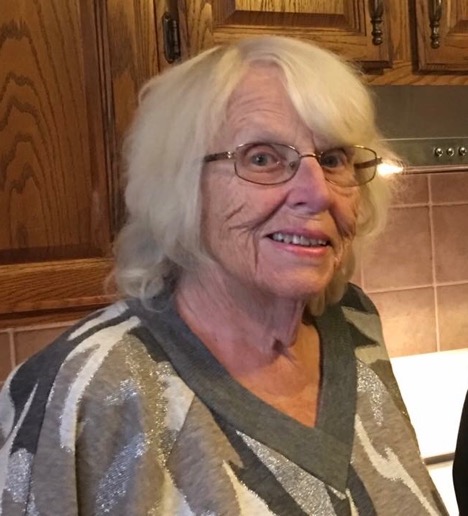 Gene Susan Butler (nee Jesunas), 88, of Huron passed away peacefully without illness or pain on Sunday, December 11.  She was preceded in death by her parents, Anton and Anna Jesunas, Lithuanian immigrants, and her brother, Alfred Jesunas.  Gene grew up on Benwood Avenue in Cleveland and graduated at 16 yrs. old from John Adams High School.  She went to Baldwin Wallace College on full scholarship and was a member of Alpha Xi Delta sorority.  She got her Master’s Degree from LaVerne College and taught elementary in the South Amherst/Firelands School District.  She was President of the local NEA group.  Gene loved teaching, her fellow teachers (the Queens), and South Amherst.  She raised daughter Susan (Mrs. Scott) McCutcheon of Dover, DE and son Dana (Mary Kerpics) of Vermilion in Elyria and Brentwood Lake Village of Grafton.  Many years were spent in Bay Village where she was President of the Bay Village Women’s Club and Foundation.  She was a member of Bay United Methodist Church.  Gene lived lakefront in Huron since retirement.  She has three grandchildren, John Butler of Lakewood, Andrew Kaczay of Lakewood, and Amanda Kaczay of Nassau, Bahamas.  Her passions were her family, Lake Erie, and the Cleveland Orchestra.  The family will celebrate her life privately.  In lieu of flowers, donations can be made to the Cleveland Orchestra, Baldwin Wallace University, or Bay Village Women’s Club and Foundation. Condolences and special memories can be shared with the family at www.heritagecremationsociety.com.