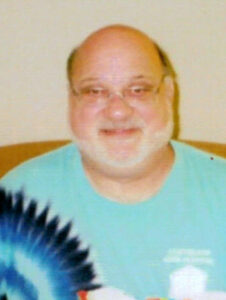 Gary DiGrandi, age 61, of Cleveland, Ohio, passed away unexpectedly in his sleep on Sunday, May 21, 2017. He was born August 6, 1955. Gary was preceded in death by his parents John DiGrandi and Virginia (Siekierski) DiGrandi, and grandparents Carl and Ida DiGrandi. He is survived by his sister Gloria Roseman and her husband Robert of Myrtle Beach, South Carolina, and brother John DiGrandi of Bedford Heights, Ohio.

Gary graduated from Bedford High School and started working at the Taylor Chair Company in Bedford, Ohio. He went on to open his own upholstery shop in Bainbridge, Ohio. He then started his own construction company. He continued to spend many years in the construction industry. He was very handy and a perfectionist in everything he did, whether he was building houses, working on cars, or winning trophies for Best of Show with his motorcycle. Gary had an outgoing personality and could talk to anyone. He was always willing to lend a hand to others. He was a kind and loyal friend to many.

He was a caregiver to his Grandma Ida when he lived with her in Mayfield Heights, Ohio. He also shared care giving with his brother John for their mother Virginia when she was diagnosed with cancer. Gary often laughed and appeared in good spirits, even though he was struggling with numerous medical issues. Gary will be deeply missed, but never forgotten. His family and friends are comforted in knowing that he is now free of pain and reunited in heaven with his departed family members.

In lieu of flowers, the family of Gary DiGrandi sincerely invites you to celebrate his life at a Dutch Treat Luncheon. This will be held immediately after the Memorial Mass in a private room at Burntwood Tavern, 33675 Solon Rd., Solon, Ohio 44139. RSVP before July 14, 2017 to bobgloroseman@sccoast.net or (843) 236-7666. Please let us know if you are planning to attend the luncheon so we can make the appropriate reservations.