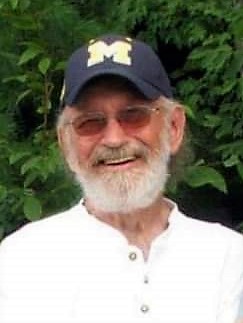 Gary Alan Foith age 80 of Alliance, died Saturday, May 16, 2020 at home. He was born June 9, 1939 to Peter and Ruth (Walters) Foith in Alliance and graduated from Alliance High School in 1957. He enjoyed playing football, baseball, boxing, and martial arts. He taught martial arts at the YMCA for 50 years and up to last year, he continued to teach martial arts at another facility. Along with his dad, they managed a team in the Hot Stove League. Gary was also a huge Michigan fan.

Gary retired from Ohio Edison after 44 years of service. He belonged to the YMCA since he was 15 years old and was an Elks member for 34 years. He loved his family very much. He also loved fast cars; the neighbors called him “Mr. Zoom-Zoom”. He enjoyed listening to the albums of Jimmy and the Soul Blazers, featuring his deceased brother-in-law, Michael “Puggy” Duruttya III on the sax and Christian music by various artists.

Preceding him in death were his parents and brother-in-law, Gale Scott.

As per his wishes, there will be no services. A celebration of Gary’s life will be held at a later date.  The family wants to thank the Alliance Hospice, nurses, aides, and Pastor Freddie Rodriguez for all that they did to make Gary comfortable. We would also like to thank his caregivers, Patty Wyland and Kim Smith, Pastor Larry Hinkle of Christ United Methodist Church of Louisville, Ohio, for his phone calls, prayers and CUMC card ministry.  Condolences and special memories can be shared with the family online at www.heritagecremationsociety.com