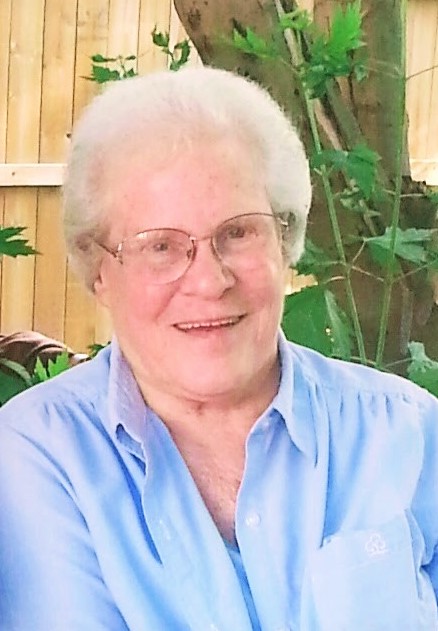 Elaine W. Winfield passed away on January 3, 2021 after a brief yet valiant battle with cancer. Born on January 18, 1936, she leaves us just short of her 85th birthday. Elaine started her life in Lakewood, OH moving several times before purchasing her dream property in New Franklin, where she resided for the last 31 years. From her beloved hanging baskets to her chestnut trees, her yard was a source of pride like no other for her.  Elaine was never one to brag about her own accomplishments (of which there were many), however given the chance she would tell anyone around just how remarkable all her children and grandchildren are. It is, however, all of us, that are in awe of her strength and ability to overcome any obstacle in her path. Elaine worked many jobs while her children were young, however it was at Ohio Edison where she found her calling. Elaine started off as a temp employee answering phones and worked her way up to become the first woman manager in the drafting department. For a career that most people must attend college to obtain, Elaine taught herself. After retirement, she focused on another passion that would also prove to be an award winning “hobby”, cross stitching. She was a member of Stan Hywet Hall stitching guild for many years and began entering her work in the annual stitchery showcase held at Ohio Mart. It became the family joke to ask how many blue ribbons she won due to consistent wins every year. Along with her stitching on 40 count cloth, she was a passionate crochet artist. Not one baby entered this family without an afghan to snuggle in. Her love of crochet led to another hobby that she and a group of friends would make and donate bonnets and booties to newborns in the local NICU wards. NICU held a special place in her heart because she remembered someone donating a similar set to her when her son was a NICU patient many years ago. Elaine was rarely without a book nearby as well. Over the years she was a member of the Mogadore and Portage Lake branch book clubs. Truly, her accomplishments and passions could go on and on.

Elaine is survived by children, Mark Wilson, Donna (Jack) Withee and Karl (Deb) Winfield, many grandchildren, and great-grandchildren, who were the pride of her life.

Due to the current COVID pandemic, cremation will take place and a memorial service will be announced for a later date. In lieu of flowers, the family requests donations be made in Elaine’s name to Stan Hywet Hall and Gardens, attention Sue Fassoles 4323 Jan Dr., Akron, OH 44319. Donations will go into the teaching fund for the guild.