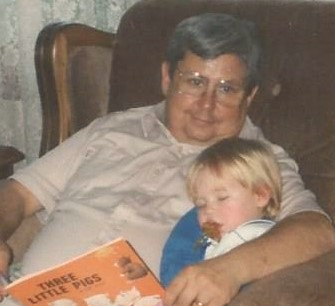 Edwin A. Feldt, age 87, born August 13th, 1933, passed away peacefully in his sleep on August 9th, 2021. A proud veteran of the Korean War (1952-1956), Mr. Feldt served his country in the U.S. Navy as an Aviation Ordnanceman Petty Officer 3rd Class on the U.S. Pine Island Navy Ship. The Pine Island’s primary assignment was Air-Sea rescue operations. After the war, Edwin would continue his service as a United States Postal Carrier for 33 years, finally retiring in 1998. He also found time to be a Sunday School Teacher, Baseball Coach, and back yard barbeque chef.

He is preceded in death by his parents, Erwin and Vivian; his brothers, Bill, Bob; sister, Viv; son, David; and grandchildren, Jason (Joann) Barkfelt.

Funeral services and Military Honors will be held at Ohio Western Reserve National Cemetery, 10175 Rawiga Rd., Rittman, OH on Thursday, August 26th, 2021, at 11:15am. Reception to follow.  Condolences and special memories of Mr. Feldt can be shared with the family online at www.heritagecremationsociety.com.

“Do not let your hearts be troubled. You believe in God; believe also in me. My Father’s house has many rooms; if that were not so, would I have told you that I am going there to prepare a place for you? And if I go and prepare a place for you, I will come back and take you to be with me that you also may be where I am.”