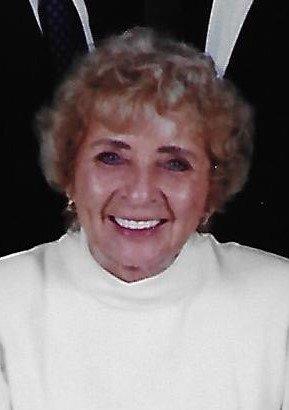 Born Edna Ruth Little to Henry and Mae Oma Little in Bedford, Indiana January 7, 1926. She lived an exciting 92 years of life meeting many people and touching others through her career as a medical receptionist, homemaker, party planner, and traveler. Edna passed on August 2nd at the David Simpson Hospice House in Euclid following a long illness. She had been living at Anna Maria of Aurora, Ohio and had remained independent making her own decisions and plans. She always wanted to praise and thank the many healthcare individuals who helped her on her life journey.

Edna married her high school sweetheart, Robert E. “Bob” Allen of Bedford at the end of WWII. They embarked on a series of entrepreneurial activities including a diaper service and carnival exhibitors of my great uncle Jack’s Alaskan Mummy Mystery. A real Alaskan Indian family’s naturally mummified remains found during the gold rush. She settled in Loveland, Ohio and raised two boys Nelson and Marc.

A family farm near Rising Sun, Indiana was added to her home responsibilities while she worked for a dentist then optometrist. Briefly the family moved to North Olmsted, Ohio then returned to open a new business, Wholesale Distributers Warehouse, in Cincinnati, Ohio. All the while managing ‘the farm.’

She and Bob traveled a lot and visited much of this country. Their love of golf took them to Scotland, England, Ireland and the British Open golf tournament. Golf was important in her life and she lived on the Jack Nicklaus course in Mason, Ohio, helping host the LPGA events for years.  She played golf into her mid-eighties at her new adopted club, the Venice Golf & Country Club in Venice, Florida.

Her three brothers Ralph, Cecil, and SC “Sam” all preceded her in death. Catherine her older sister, lives well in Danville, Kentucky.

Formal services are not planned. In lieu of flowers please make donations to the Hospice of the Western Reserve at 17876 St. Clair Av​​e.  Cleveland, Ohio 44110 donate@hospicewr.or​g  Condolences can be shared with the family at www.heritagecremationsociety.com.