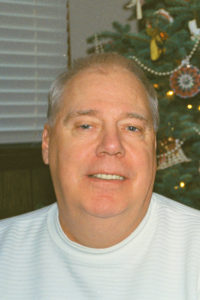 Earl Scherer, born January 12, 1932 to Charles and Eva Scherer of Canton, Ohio, passed away at the Canton Christian Home on March 11, 2018 and will be missed by all who knew him.  He was preceded in death by his parents, father-in-law Clark Yarger, brother William Scherer, sister Rosemarie Larimore and brother-in-law Thomas McCaughan.  Earl is survived by his former wife, Kathryn, children Louanne (Paul) Hedberg and Clark Scherer all of Canton, OH and Sherrie (Larry) Bush of Perrysburg, OH.  Earl also has two grandchildren, Carrie (Matt) Waters of Toledo, OH and Gloria (Jeff) Leeper of Louisville, OH.  He has six great-grandchildren, Cassidy Waters of Naperville, IL, Melissa (Baylen) Atkinson of Talmadge, OH, Michael Waters and McKenzie Suydam, of Toledo, OH, and Jerzie & Rylie Suydam of Louisville, OH.  He is also survived by his mother-in-law, Vernice Yarger of Winter Haven, FL, and siblings, Marjorie (Bob) Colby of Canton, OH, Bernice (Jim) May of Carrollton, OH, Carol McCaughan of Babson Park, FL, Nelson, (Helen) Yarger of Winter Haven, FL and many nieces and nephews.

Earl was a member of the IBEW Local 540 and spent many years working as an electrician, mostly in Canton, OH but sometimes traveled to other states when work in town was scarce. Since he was a commercial and industrial electrician, he worked on many projects like the Football Hall of Fame, Belden Village Mall, Ashland Oil Refinery and Timken to name a few.  He was a great provider for his family and was very willing to lend a helping hand to family and friends.

Throughout the years Earl was an active member at the Canton Gospel Center, Grace Baptist and Whipple Ave Baptist churches where he enjoyed leading singing and singing mostly with his daughter, Louanne and also a quartet.  In addition to this Earl was very active at the Canton City Mission working with the late Rev. Tommy Thomas.  He could be found singing specials at various church services and at Molly Stark and the Stark County Jail with his daughter.

Besides his strong faith in Jesus Christ, his most favorite thing to do was to spend time with his kids, grandchildren and great-grandchildren.  Earl loved his special horse named Buddy and owned & rode a Harley Davidson motorcycle for years.  His favorite car was his 57 Chevy.   He enjoyed spending time in Florida walking the beaches and collecting seashells. In later years he enjoyed target shooting with his brother-in-law, Jim.  Earl enjoyed Country Western music and was an avid lover of gospel music.  He will be remembered for his honesty, work ethic and love for his family.

He will be cremated and no services will be scheduled at Earl’s request.  Please feel free to share your stories and memories with his family.  In lieu of flowers, donations can be made to the Canton Christian Home Benevolence Fund, 2550 Cleveland Ave., NW, Canton, OH  44709.

The family would like to thank the staff at the Canton Christian Home and Community Hospice for the loving care they gave Earl in his last few years and the support and encouragement they gave to his family thru this time.